I recently celebrated my 32nd birthday. I didn’t have much planned but as the day approached I remembered that 32 is a tournament number (a number that can be repeatedly divided by 2 without decimals until it gets to 1). And I also remembered that years ago I had decided my 32nd birthday should be fight-themed. With that in mind, I got the family together and watched a Ninja Turtles movie. 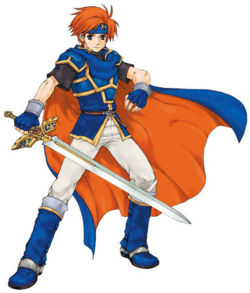 I had Young Link represent age 10 (the year I played an elf on ‘The Santa Clause’). Roy from Fire Emblem represented ages 22 and 27 (the years I wrote and published ‘The Kingdom’). Dr. Mario for age 24 (the year I had Healing Night). Jigglypuff for when I was a baby. Zelda for my last year of acting (she turns into a guy).

And last year, because I published ‘Singularity’ (a book about a spacial anomaly that sucks everything into it), was represented by Kirby.

The winner of the tournament was age 18 (Adult Link) for the year I became an adult and simultaneously fell in love with ‘Lord of the Rings’.

Because I’m an organizer, and because I love watching fights, this turned out to be a thoroughly enjoyable experience. Odd as it may be. The next tournament number up is 64. But I might not wait til then to do another tournament like this. My mind is already thinking of how I can apply the concept to different games using different characters. It was also fun just to go over my history and see what moments or elements seemed most prominent. I think I need more bizarre celebrations like this in my life.

Yo. I'm a 30-something Christian guy and published author with a love for gaming, fantasy and sci-fi. I blog about pop culture, living as a young Christian guy, and living with A.S.
View all posts by benjaminfrog →
This entry was posted in Gaming, Personal, Pop Culture and tagged Birthdays, Milestones, Super Smash Bros., Tournament, Video Games. Bookmark the permalink.