How to Write Women 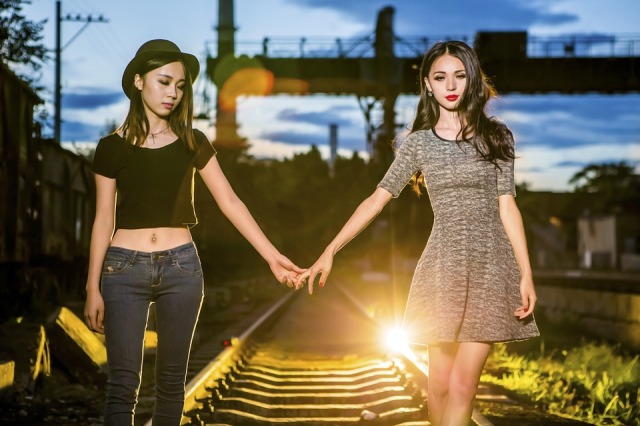 The most common mistake I see male writers make when writing women is to write every woman the same. All women are written as stereotypical women who are good at cooking and cleaning and staying at home and not having an opinion. Then there’s other male writers who, trying not to seem sexist, go in the complete opposite direction and write all women as aggressive, leather-bound power bitches who are really good at fighting and making witty comebacks.

Neither approach works, because in either case the writer is painting all women the same. Now here’s the thing, some women are stereotypical, and some women are tomboys. And neither of them feel that they need to be anything different, because they don’t. That’s who they are. They’re individuals. Every woman is different. The problem comes when we write all women as being one way or another. It’s unrealistic because that’s not the world we live in. It’s like how in comic books every woman has the same measurements. Nobody believes that.

Ladies, the same goes for you. Whenever I’m watching something where every guy has a muscular build and the same dark-brunette haircut, and the only difference between them is their jobs and how much money they make, I start to feel like my only purpose in the world is to give you kids. Let’s both try and employ more variety in our characters of the opposite sex.

So what’s the solution? The easiest way to avoid coming across as sexist is to have multiple women in your story and paint some of them one way, and others a different way. And try to avoid making comments about what’s stereotypical and what isn’t. Women don’t care, so they wouldn’t bring it up. Women want to be known, they don’t want to be categorized. If it requires explaining then it’s not true femininity.

It gets trickier when you have only one prominent female character in your entire story. But in that case, the lack of variety is understandable, and the audience knows that. I would recommend mixing both stereotypes and non-stereotypes into the one character. This seems to have worked for me. Nevaeh likes long flowing dresses, and she also fishes. Women aren’t often portrayed as fishers. I made Cary a mechanic with a working knowledge of hi-tech computers, who dances in her pajamas to various pop songs. She likes to talk about relationships, but she’s unsure whether or not she wants children. Most women are pretty darn sure whether or not they want to have a child, so this matter was something that made her feel more like an individual rather than a stereotype.

If this area is a challenge for you, a book that I strongly recommend reading is Captivating by John and Stasi Eldredge. It does an excellent job of saying “here are some common themes we’ve noticed in the hearts of women” without saying “you need to do all these things in order to be a woman”. You will find plenty of variety in there, in terms of how women are portrayed, while seeing how it all fits together with the feminine heart.

The next post will be my last on Storytelling for a while. We’ll talk about one of the more complicated themes to work into your tale – Love Stories.

For more on these and other writing topics, The Storyteller’s Handbook is available for purchase now.

2 Responses to How to Write Women