How to Write Love Stories 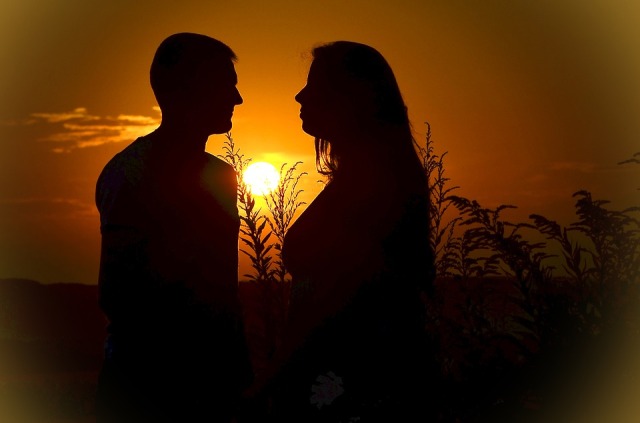 Despite the seeming necessity to spend at least a bit of time on this subject, I found myself hesitating to do this. The reason is that it seems a bit counter-natural to give out a list of rules regarding what love ought to look like. Both in fiction and in reality I’ve seen people fall in love in any number of ways. Probably too many to list. So the best advice I can give on writing a love story well is just to be authentic to your personal tastes. Not everybody will get it, but some will.

I can’t suggest a single formula for it, because it happens in different ways all the time. And why shouldn’t it? Those of us who have been looking for a long time tend to get over-focused on other people’s stories, assuming that it happens the same way with each person, so that we’ll recognize it when we see it. But love is meant to be special, so why would we assume that all love stories should look the same?

You can only write what you believe, because audiences sense and get turned off by inauthenticity. If you are familiar with hardship, write hardship into your love story. You don’t have to “write what you know” from personal experience, but you may need to talk to people who have gone through what you want to write. And you will have to believe that this love story is actually possible for your characters. 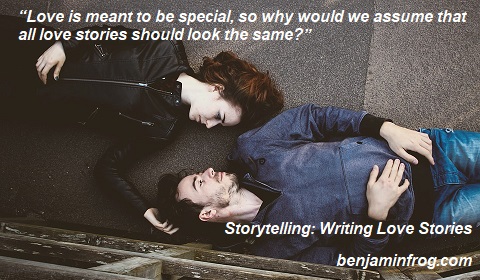 As far as writing for your audience, there are a few things I’ve noticed that modern audiences are not keen on, so I mention the following things in light of trends I’ve seen in audience feedback from various stories.

Abusive relationships are a no-no. This includes physical and verbal. We live in a world that is waking up to the realization that spousal abuse goes on a lot more than we had thought a few decades ago. Even the threat of violence, even in jest, won’t be accepted by today’s audiences. The days of The Honeymooners are over. If a husband says he’s gonna send his wife to the moon it better be a romantic getaway.

The same goes for women being physically or verbally abusive toward their men. This goes on in real life too, and it’s equally reprehensible.

Shutting down their heart is another situation audiences don’t want to see a character get into in order to be in a love relationship. Modern audiences are aware of the need to take care of one’s self, and even if the relationship itself feels right, audiences will feel uncomfortable with the idea that the character has to put their heart aside to do it.

Sacrifice in order to be with someone is okay, but only if it is the person’s own choice and not something the other person requests of them, because then it falls under the abusive relationship category.

If your character is currently involved with someone, and said person is not Mr. or Ms. Right, any of the above issues can be considered acceptable reasons to end a relationship, to the majority of audiences.

It doesn’t have to be that the current significant other is a bad person – they could be the nicest person in the world, but if your protagonist feels that they have to ignore a part of their heart in order to be with them then audiences will generally feel that it’s not the right move for the character to stay in the relationship.

Mr. Wrong will often fall into the category of Self-Satisfied Dooshes, so look up that blog post for more details on what those characters are like if you want to use that approach.

Loyalty is good, but on its own it is not enough reason for a relationship in the eyes of modern audiences. Usually because if loyalty is the only thing then it means the person’s heart is not in it. Loyalty can suffice as a bridge to keep the couple together from one stage of life to another but, for example, with a married couple audiences won’t want to see them reach a point where loyalty is the only reason they’re staying together. Audiences will want to see the couple remember why it is they fell in love in the first place.

If they have nothing else going for them, staying together out of loyalty may be the right thing to do, but it’s not the happily ever after thing to do. It depends how you want your audience to feel about the relationship.

Change is okay if done for the right, personal reasons. Changing just to be with someone is not smiled upon as much, since modern audiences want to see two people in love learn to love each other for who they are rather than demand that they change. It’s okay if a love interest inspires change, only if the change itself is something that lines up with what is on the character’s heart to begin with.

Case in point: when it comes to Disney’s The Little Mermaid modern audiences dislike the message sent by Ariel changing herself into a human to be with a guy she just met. And understandably so. But don’t forget that what lay on Ariel’s heart was a general interest in “that world” long before she ever encountered anybody from “that world”. Once she met him, her interest changed from general to specific and personal (“your world”) and then her judgement was clouded. (And now half of you are singing. My apologies.) So by the time she made the decision to change, she was doing it for the wrong reasons, but in the big picture the change itself was in accordance with what was already written on her heart from the beginning.

Again, I say all this only as an analysis of how modern audiences respond to different kinds of love stories. Ultimately, you decide what is and is not best for your characters. You can go against the grain of how most audiences feel about certain relational situations, but if you want to cause audiences to feel a particular way about things then you’ll need to carefully consider The Message you want to send and how to go about it. 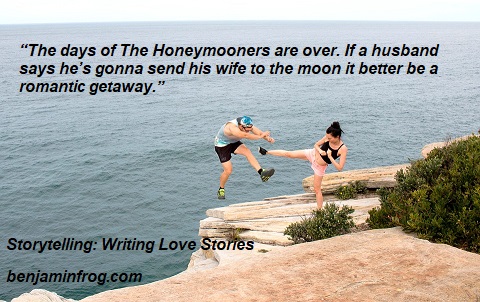 This concludes my series on Storytelling for the time being. I may add some extra subjects to this blog category later on but my focus for Storytelling now is going to be putting together a book for release in early 2018. I’ll take what I’ve written here, expand on it, add some more categories and revise as necessary before publishing the book. (Update: The Storyteller’s Handbook is available now. Click here to purchase!)

I hope you’ve enjoyed this series and learned some things. From here on the blog posts will go back to their natural, more random states, but discussions on Storytelling will still come up here and there as I do reviews and analyses of various films and TV shows.

Yo. I'm a 30-something Christian guy and published author with a love for gaming, fantasy and sci-fi. I blog about pop culture, living as a young Christian guy, and living with A.S.
View all posts by benjaminfrog →
This entry was posted in Storytelling, Writing and tagged Storytelling, The Little Mermaid, Writing, Writing Love Stories. Bookmark the permalink.

1 Response to How to Write Love Stories